There’s an International African-American Museum (IAAM) coming to Charleston, South Carolina and on Friday, ESSENCE attended the groundbreaking held in its honor. A number of elected officials and dignitaries were on hand to celebrate the momentous occasion including House Majority Whip Jim Clyburn, who fought through tears to explain why the impending structure was so critical.

“This year is the 400th year of the arrival of enslaved African-Americans on the shores of the United States of America,” Clyburn stated. “On the date, the exact date of that anniversary, 400th year, my daughter Jennifer, who is here with me today, and I stood in the ‘Door of No Return’ in Ghana.”

Tears welling up, the Congressman from South Carolina continued, “As we looked out over the water and our feet touched the spot, I thought about what all those people could have been thinking, standing in that door, knowing full well that this was the beginning of the ending of their freedoms.” 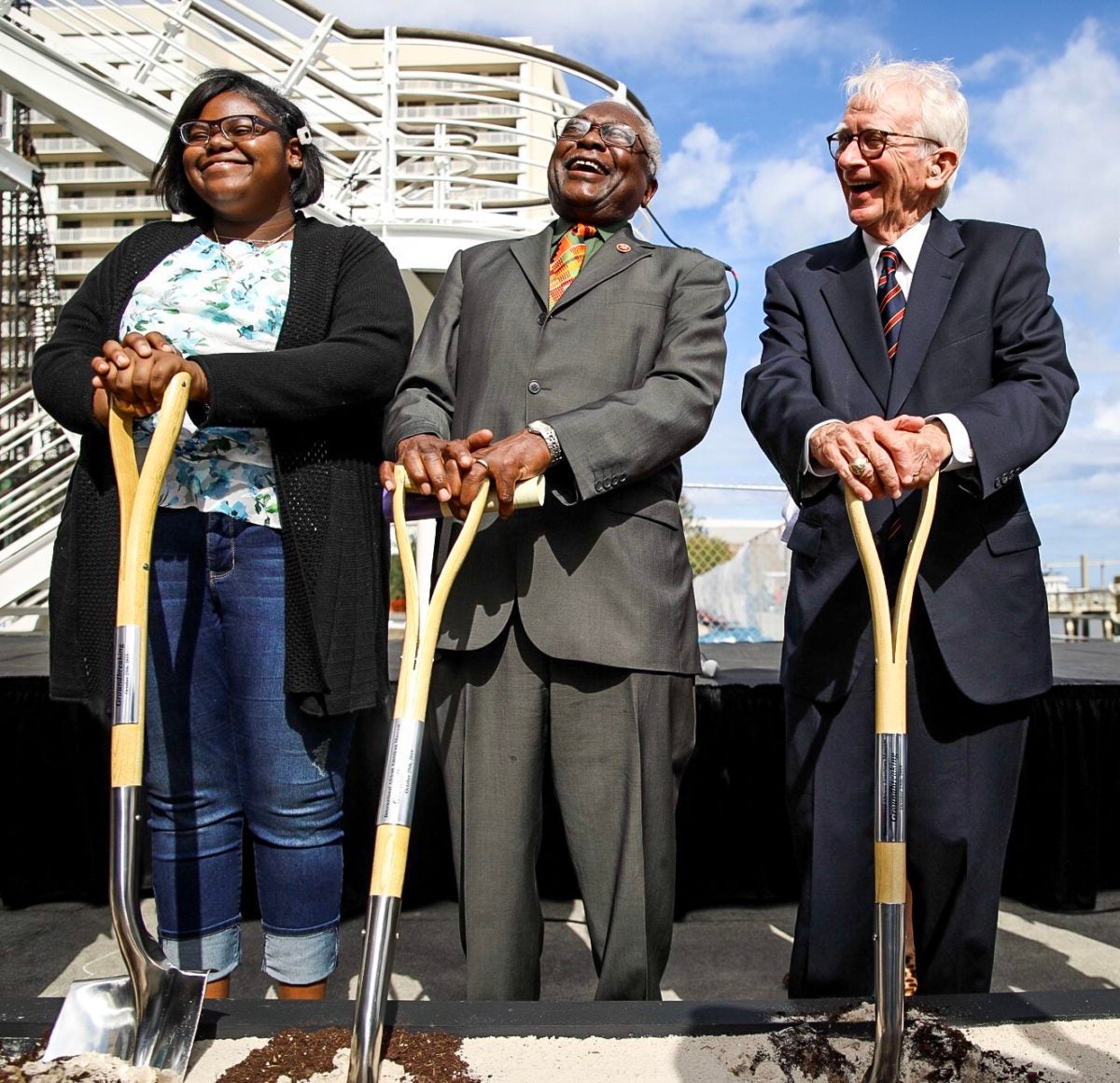 In July, Clyburn was among the delegation of House members who made the journey to Ghana to commemorate the first slaves who were ripped from their homeland, stripped of their culture and brought to Jamestown, Virginia to begin their lives as enslaved people. But even though the museum will tell the stories of those who were taken from Africa and forced to live on American shores, Clyburn insisted that the new museum, which is expected to open in late 2021, would be much more than a vessel to recount slavery.

Reflecting on former Rep. Elijah Cummings, Clyburn said that his story of being the great, great-grandson of a slave, the son of sharecroppers from South Carolina, and rising to the ranks of the United States is one that belongs in the IAAM. “If we had limited this museum to slavery, we would not do justice to Elijah Cummings. That’s why I argued then and with all the people we’ve met in those evenings [meetings] that this had to be an African-American museum because it just cannot be about the institution of slavery. It has to be about what African-Americans are and can be and will be.”

In addition to retelling the journey of West Africans to Gadsden’s Wharf in Charleston, Chief Operating Officer Dr. Elijah Heyward III, says the museum, whose location is noted for being the place where nearly half of all enslaved Africans brought to North America arrived, will also allow visitors to trace their genealogy, and provide a comprehensive education program that will offer life-long learning.

During his remarks, Clyburn also highlighted the story of Robert Smalls who he considers “the most consequential South Carolinian to ever live” for his remarkable ability to sail himself and others to freedom after years of being a slave, and successfully convincing Abraham Lincoln that African-Americans had a right to fight for their freedom.

“I tell you this story, I tell it about Elijah Cummings, about Robert Smalls because that’s what this museum is all about,” Clyburn told the crowd of an estimated 750 guests. “This museum is going to be about everybody having an opportunity to know those stories.”